In the Last Days… Part 3

“Understand this: In the last days terrible times will come… For people will be traitorous, reckless, conceited, lovers of pleasure rather than lovers of God, having the appearance of godliness, but denying its power.” (from 2Timothy 3:1-5)

Yesterday, we looked at the first part of the description of the cultural scene of “the last days.” We saw how elevated human pride would cause people to “scoff at God” and lose all manner of “self-control.”

This leads us to today’s verses, further describing the “terrible times” to come. People will be disloyal, treacherous, enamored with reckless behavior, full of themselves, and adamant “lovers of pleasure rather than lovers of God.” 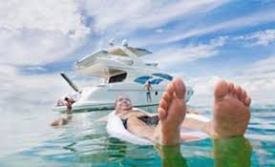 Again, the apostle’s description is right on target. Whenever a culture “kicks God to the curb” and pursues their own agendas… self-interest always comes to the forefront. And whenever people are in it for themselves… other people become targeted rather than treasured. It is just (selfish) human nature on full display.

But what is most troubling about the apostle’s description of culture (in the last days) is the last phrase. He describes people of the last days “having the appearance of godliness, but denying its power.” 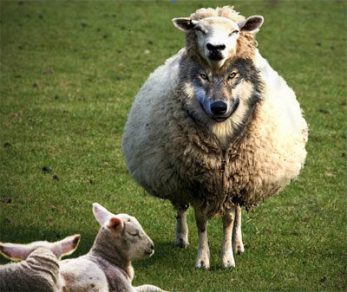 The word for “deny/denying” in the original language carries the idea of contradiction – of saying one thing, but living out another. In short, people will lay claims to faith in God, but live like he doesn’t exist (or has no real power to be God in their lives). It is the worst of all possible scenarios… a “belief” in a God Who is impotent, disinterested, and incapable of being what the Bible says that He is.

It is a misrepresentation of God… by those who claim to be God’s people. 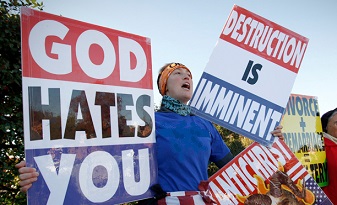 None of which represent the true gospel, Jesus’ true teachings – or the true God!

To me this is the greatest problem of the last days… Christians who are Christians in name only – and do not represent the Living Christ in any real or meaningful way.

IF the world is going to know God and believe in God (in any age)… the means of doing that is found within His people. God designed it to be that way! WE are meant to represent Him. Truly. Accurately. As Christ has done before us.

Anything less than us, being just like Jesus… causes people to see a false picture of God and turn Him into something to be avoided… rather than adored.

Sadly, this is part of the apostle’s picture of the world in the last days.

This brings us back to Monday’s post… our only real hope is to become a people of The Word once more. We cannot hope to be the light of the world if we are filled with the world’s darkness. Our only safeguard is to know God through the provision of His Word. As Jesus stated about God’s Word: “Your Word IS truth.” (John 17:17)

People do not need to see Christianity on display. They need to see Jesus. And God’s intent has always been that people of this world would see Him through us.

I have spent years studying the Scriptures and seeking for God's answer to the question: What IS true Christianity? Let me share some answers with you...
View all posts by theheartseeker →
This entry was posted in Commitment to Jesus, culture, Daily devotional, Just Like Jesus, Knowing God, Light of the world and tagged Appearance of Godliness, In the Last Days..., Living as Light in the Darkness. Bookmark the permalink.