Scientists often use something called the scientific method to discover and evaluate the things in the universe around them. It is based on a simple step-by-step process where information is gained, processed, tested, evaluated, and understood. 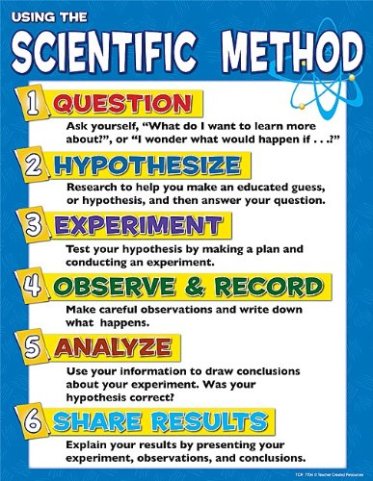 Concerning the scientific method one science website observes: “there are probably as many versions of the scientific method as there are scientists! But… the goal remains the same: to discover cause and effect relationships by asking questions, carefully gathering and examining the evidence, and seeing if all the available information can be combined in to a logical answer.”

Our focus, today, is on this prevalent goal of science… “to discover cause and effect relationships… to form a logical answer.”

If science is the discovery of that which is true, then, to be truly scientific, all possibilities need to be explored. But so often, when it comes to the question of the origin of the universe, this is seldom the case. 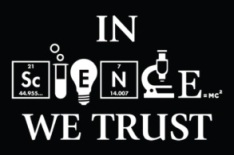 As we mentioned in last week’s post. Many scientists will consider every angle… but God. There are “stated” reasons for this… “God is not ‘testable,’ so there is no way for science to confirm or deny if there was an intelligent designer and creator of the universe. God falls into the realm of faith… not science.”

There are also the “unstated” reasons… 1) The possible consideration of a divine creator leads to other questions (like: our responsibility to Him!) – most of which make people who see no need for God, very uncomfortable. And 2) Most scientists see no need to look for proof of something that could not possibly exist. Since many scientists ONLY accept the reality of a material universe… anything that would be considered “outside” of the material is, by default, non-existent.

Logically, there are only two options about this beginning… One) it happened all on its own; or Two) Something or someone must have initiated it.

What is the most reasonable and logical conclusion to explain the cause of universe?

If the divine Originator is all-powerful we would expect the universe to be an magnificent display of that power.

Scientists have discovered some phenomenal facts about our universe. First, it’s physical size is unbelievably immense. It is composed of billions (trillions?) of galaxies and is estimated at over 28 billion light years across!* We cannot really conceive of how BIG that is!

So as we think about power and the universe, let’s bring this closer to home… and use our sun as an example.

Our sun (Sol) is known as a yellow dwarf and burns at 5500 degrees Celsius (on the surface; and 15 million degrees at its core!) as it turns hydrogen into helium through constant nuclear fusion. The power emanating from the sun is the equivalent of a trillion 1-megaton hydrogen bombs exploding every second. It produces light to the magnitude of 300,000 candle power over every square inch of its 870,000 mile diameter (110 times the diameter of earth). Scientists estimate that the sun is capable of burning, at its current capacity, for another 5 billion years.

Now, when we think about those figures… they are quite astounding. Yet, the sun is hardly the only star in the universe. And it is barely middle-of-the-pack when it comes to size. Our universe contains an incalculable number of galaxies (a paper published in the Astrophysics Journal, in 2016, estimated the number of galaxies to be two trillion!). And the amount of stars within those galaxies? It would be an incomprehensible number!

When we think of just the power of our sun and multiply that power exponentially we begin to catch a glimpse of what kind of power must exist in the origination of this universe.

As we “carefully gather and examine the evidence” is it more likely that the awesome power on display in every galaxy in our universe was the result of some undirected explosion (where every bit of matter exploded into existence out of nothing) OR could it be a direct indication of One Who is known as all-powerful and without limits?

As for me, it seems most logical to agree with the assessment of the Psalmist… “The heavens declare the glory of God… Day after day they pour out speech; night after night they reveal knowledge.”

*A light year is how astronomers measure the distance of things in the universe. That distance being how far light would travel (at the speed of light) in one year’s time. One light year = appr. 5.88 trillion miles.

I have spent years studying the Scriptures and seeking for God's answer to the question: What IS true Christianity? Let me share some answers with you...
View all posts by theheartseeker →
This entry was posted in Creation, Daily devotional, God as Creator, Intelligent Design vs. Evolution, Power of God, Science, Uncategorized and tagged Creation vs. Random Chance, Intelligent Design vs. Random Chance, The Universe: Power on Display. Bookmark the permalink.