“Walk in a manner worthy of the calling to which you have been called… (and) maintain the unity of the Spirit in the bond of peace.” (from Ephesians 4:1-3)

The question is often raised… IF we all believe in the same God, trust in the same Savior, and read the same Bible…

It doesn’t take long for us to make it a matter of “right” vs. “wrong.” The ones that we deem closer to “right” we will probably tolerate (at least we won’t berate them very much). But those that we conclude are closer to “wrong” – those are the ones we won’t accept – and won’t hesitate to revile or confront (if given the opportunity).

That is the problem. We are often so consumed with determining the “right” and dismissing the “wrong” that we often miss the whole point. We are all called to “walk in a manner worthy of the calling” we have received. 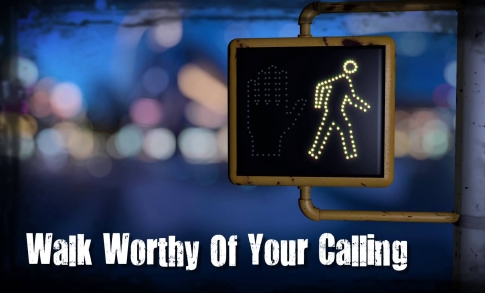 Our task, our calling, is always to demonstrate the love of Christ. He came into our mess and just loved on us… even though we were ALL wrong. He gave of Himself freely and openly, NOT to the deserving (because there were none!) but to the undeserving. He accepted us, not because we were right, but because we were loved by The Father. Because God treasured us… we were the objects of His love.

And that is the issue. We often see church as “preserving what is right” – not realizing that this attitude is much more like the Pharisees than it is Jesus.

It may help to gain some perspective.

An analogy I find most helpful (on so many levels) is that of the blind men and the elephant.

If you are unfamiliar, the story is told of six blind men who were allowed to enter an elephant’s pen to “experience” what an elephant is like.

Later, the men gather and compare their experiences. Each has his experience – and his conclusion… and, to their complete surprise, NONE of them are similar. But rather than wisely choosing to put all their experiences together, they all go away thinking that all the others are just “wrong.” What could have been gained by unity is lost because of the “exclusiveness” of their experiences.

It is my conclusion that all our denominations are simply based on real experiences of “trying to get ahold” of God. Each aspect is “right” but incomplete. Each aspect is “true” but can cause misunderstanding and frustration when contrasted with other aspects.

To see the whole picture of God we need each other’s point of emphasis. Wisdom realizes that our views can get so narrow, that we can become virtually blind to what others may see so clearly.

This is why we are commanded to live in a manner “worthy” of our calling. The God Who calls us is simply looking for us to treat others in His Family as He treats us.

Our diverse views and emphases provide this wonderful opportunity.

I have spent years studying the Scriptures and seeking for God's answer to the question: What IS true Christianity? Let me share some answers with you...
View all posts by theheartseeker →
This entry was posted in Acceptance, Daily devotional, Relationships, True Christianity, Unity and tagged Christian Unity, One Body, One Lord One Faith, Why So Many Churches?. Bookmark the permalink.