Charles Darwin said it himself…

“If it could be demonstrated that any complex organ existed, which could not possibly have been formed by numerous, successive, slight modifications, my theory would absolutely break down.”1

What he means by this, is that evolution is founded on the idea that every organism began as a single, simple, living cell – and through eons of time, and gradual changes (improvements), became all the living things that we see today. 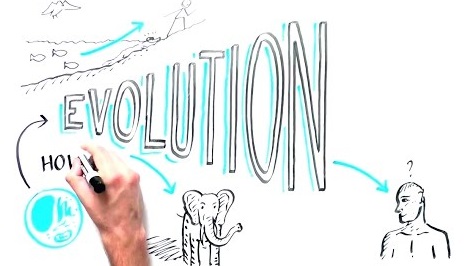 Time + Change = the evolutionary process – taught as fact in our public education structures and supported by many in every field of science.

And why not? It actually seems so logical. Why wouldn’t it be possible (even plausible) for all living things to gradually become better and better through time?

We all know that adaptability means change (i.e. natural selection) and all things adapt and change – so why would it be unimaginable for everything to evolve from the simplest of things… into vastly complex structures?

As we mentioned, last week, biochemist Michael Behe did the research to answer the one burning question: Is it possible for everything to evolve through “numerous successive, slight modifications” – or is Darwin’s great caveat (first paragraph) much closer to the truth.

When Behe looked ever so closely at the amazing tiny factories (known as cells) in all living things, he made an astounding discovery. “These (biological) systems have a number of very specifically matched components that do not lend themselves to a gradualistic explanation.”2

In short, even the simplest of cells is complex beyond our comprehension – and all of the cell’s individual parts had to be there, and working together, from the very beginning. 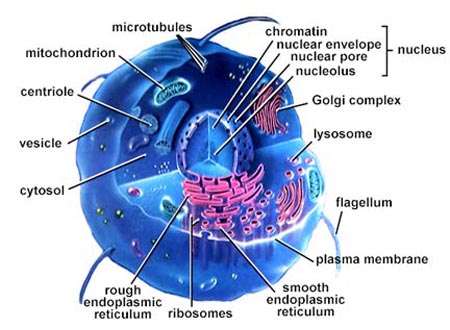 Evolutionists tend to see the evolutionary process like building a computer (for example). Put all the necessary pieces together meticulously, piece by piece, and soon you will have a working computer. Simple. Built gradually through time…

Yet, there’s a few problems…

First of all you need to know which pieces are necessary – and where to find them (or how to manufacture them). Then you have to know where each of the pieces must go – and how they need to work with one another to do what a computer is supposed to do.

And that’s another thing… how do you know what a computer is supposed to do (IF you have never made one before)? You may have something in mind, but how do you make everything work to accomplish your goal? And how will you know when you have accomplished what you set out to do?

Evolution declares loud and long that every living thing came together by blind, unintelligent, chance occurrences. No purpose. No idea in mind. No end in mind either. Just time and change. And every living thing turned out amazingly functional.

EVERY functional machine we see today tells us this.

Yet, when it comes to the most sophisticated “machine” of the living cell – evolution tells us that it must have happened by some blind, unintelligent, unguided, random means.

Does that even seem rational?

Behe observes: “Complex biological systems have yet to be explained by naturalistic means. That’s a fact. Even Darwinists admit that in their candid moments.”2

Behe is not some theologian talking theological dogma… He is a scientist who took Darwin’s challenge to heart, and did the science to produce the data. And he has demonstrated Darwin’s greatest fear… biological systems could not have been created by numerous, successive, slight modifications through ages of time.

Next week we will explore some examples of what Behe discovered…

2 Interview with Michael Behe in The Case for a Creator, by Lee Strobel.

I have spent years studying the Scriptures and seeking for God's answer to the question: What IS true Christianity? Let me share some answers with you...
View all posts by theheartseeker →
This entry was posted in Creation, Evolution, Intelligent Design vs. Evolution, Science, Uncategorized and tagged Intelligent Design, Science Says..., Time + Change = Evolution. Bookmark the permalink.