If someone were to tell you that they were able to leap across the Grand Canyon, you would not believe them. No matter how adamant their claim.

Everybody knows that it is not humanly possible to jump across the Grand Canyon… and anyone who claims to have done so is either lying, delusional, or just “nuts.”

But it is not beyond the realm of imagining how it could happen. If someone had the capability of suspending gravity (for instance) we could imagine HOW that someone could just step off the edge of the Grand Canyon and make it to the other side. We can actually picture it happening… even though there are no physical laws to support it. Our imaginations can take us where it is not possible to go.

This is really at the heart of the problem with evolution. It confuses imagination with science. It mixes and matches facts and fantasy to its heart’s content. Often telling us a tale that is more science fiction than science.

Creationists will tell us that the “selection” process is limited to the amount of genetic variation that is “built-in” to the DNA of a species. So we have big cats and small cats… but, genetically (no matter the size), they are ALWAYS cats. This is what we have observed. This is what science tells us happens.

Classic evolutionists will tell us that every living thing evolved from a single living cell. The process is virtually unlimited. Ever so gradually, through millions of years of “selection,” every living thing has developed and evolved, into every species. Simple. All you need is (lots of ) time and variations.

But this is not true. In fact, the science tells us that what evolutionists believe (and teach as fact) is actually impossible.

Science informs us that variation and adaptability CANNOT go beyond what is already “written” in the genetic code.

For example, if you are a dog breeder and want to develop a trait that makes the resulting dog much better at hunting… you search for breeds with better nasal sensitivity, or sharper vision, or compact stature (to get into tight brush/hedges). You are able to accomplish your task because those traits are already built-in to the genome of the dog kind. You just have to use your intelligence, and your knowledge of breeding and heredity, to reach your goal. 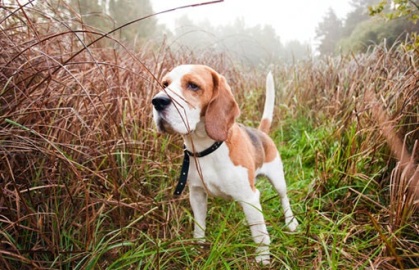 But, if you wanted to breed a dog that had an elephant’s trunk – you would be totally out of luck. Because you can only get out of the genome what is there in the first place (there are no trunk variants in dog DNA).

This creates a tremendous problem for evolution. There is no way to get cells to go beyond their genetic instructions. It is seeking for evolution to do something that is impossible to do. There’s just no way to add information to the genome.

Unless… you have mutations. And positive ones, at that.

This is the X-factor that evolutionists are banking on. They know the science that tells them that “selection” cannot go beyond the genetic code. They have to find a way for genetic information to be added into the mix. Enter… mutations.

Most of us have heard of, or seen, the X-Men movies (or comics). 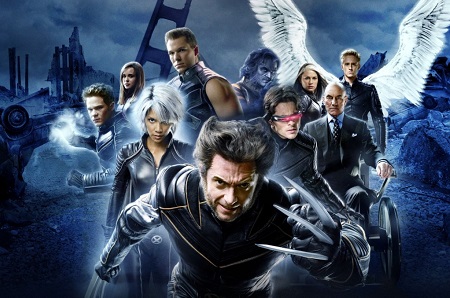 The basis of the X-Men is that they possess mutations that give them amazing (superhuman) abilities. These super powers give them the opportunity to do impossible things – things that “normal” people cannot do. Because of their mutations, they have new information in their genome – and that new information enables them to evolve.

But X-Men is not real. It is science fiction. It is imagination (but, it is entertaining!). It is people imagining what could be… and bringing it to life on the page (or screen).

But there’s a huge problem. Science tells us that mutations actually happen – but they are almost always negative. They do not create. They destroy. They do not enhance, they debilitate. They do not really ADD new information… they only corrupt and deteriorate the existing information.

In fact, H. J. Mueller, who won the Nobel Prize for his work on mutations, said: “It is entirely in line with the accidental nature of mutations that extensive tests have agreed in showing the vast majority of them detrimental to the organism in its job of surviving and reproducing – good ones are so rare we can consider them all bad.”

Evolution has always counted on mutations as the X-factor in evolutionary history. But modern scientific research has revealed that it is a false premise. It is an imaginary leap over a chasm that cannot possibly be crossed.

Yet, evolution is taught as fact in our public education systems.

I have spent years studying the Scriptures and seeking for God's answer to the question: What IS true Christianity? Let me share some answers with you...
View all posts by theheartseeker →
This entry was posted in Daily devotional, Evolution, Intelligent Design vs. Evolution, Science, Uncategorized and tagged Creation vs. Evolution, Natural Selection and Imagination, Science Says.... Bookmark the permalink.