Other Roads to God… Introduction

When it comes to matters of faith, we have all heard someone say, “What does it really matter… all roads lead to God anyway.”

This is a common belief. In some ways, it is a comforting belief… because it offers us a sense of spiritual hope without any real commitment. But is it true?

Ultimately, we have to know what we believe… and commit to what we believe, or we have no real focus to our lives. And faith is central to every person’s well-being.

Last week, we spent our time talking about the Bible and its very real benefits to our lives. We concluded our series by appealing to the fact that one of the primary benefits of the Bible is that it works. It is intended to reveal God to us and to draw us into a real and personal relationship with Him. For that reason, the Bible is indispensable to our lives… those who get God’s Word into their hearts and minds find that it works wonderfully to bring fulfillment and satisfaction to their lives.

But, in all honesty, there is a sense in which every religion (and even atheism) works. People all over the world believe in ways that are contrary to the Bible and adamantly defend their religion (or lack thereof) against all others.

So the question becomes… why is Christianity better? Why should one turn to the Bible (and to Christ) instead of Buddha or Mohammed or to any of the other religious leaders or belief systems?

This week I would like to take the time to compare Christian faith to the faiths of some of the world’s most prominent belief systems and discuss why Christianity not only works, but works better than all other systems of belief… 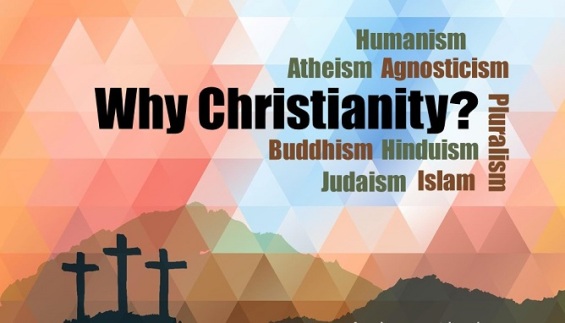 We begin at the heart of the matter. At the core of all comparisons is the comparison of the one who leads each belief system. There is no doubt that many religious leaders, throughout the ages, have said some wise and true things. This is without debate. But the real question is… where do they lead their followers? What is the essence of what they teach? And what is expected of those who follow?

The leaders of each of the world’s main religions all have a point of emphasis that offers something of value to the devoted believer. In the final analysis, which leader’s teaching offers the best hope, the best promises, and the best path to bring the best to our lives.

Ultimately, it is a question of leadership.

And this is where Christianity shines the brightest. Our leader is Jesus, the eternal Son of God… Who came to this earth (2000 years ago) and gave of Himself in life and death so completely, that He revolutionized the world with His teachings, His promises, and His sacrifice. But the best news of all is that Jesus is the only Leader Who is still alive! All the other leaders are dead and buried – and only exist in their teachings and in the lives of their followers.

Christianity is based on a LIVING Leader, Who leads His people with compassion, mercy and great purpose.

In the end, it is not really a question of WHAT you believe as much as WHO…

I have spent years studying the Scriptures and seeking for God's answer to the question: What IS true Christianity? Let me share some answers with you...
View all posts by theheartseeker →
This entry was posted in Belief, Daily devotional, Faith, religion, truth, Uncategorized and tagged All Roads Lead to God?, Comparing World Religions. Bookmark the permalink.

with the Holy Spirit of promise. Eph 1:13