The last two posts of last week’s series (on true vs. false faith) pointed to the Bible as the standard by which truth should be measured… and judged.

For Bible-believing Christians this strikes a familiar and accepted chord. But for most other people, the very mention of the Bible as the source (or standard) of truth invites not only skepticism but derision. In a modern world, the Bible is often clearly seen as an archaic (i.e. out of date) book that has little relevance for any reasonable person in a modern world.

A common refrain goes something like this: “The Bible may have been fine for people of past centuries… but now we have discovered so much, learned so much, and know so much about life and living – we just don’t need the Bible anymore.”

You hear modern people saying things like: “I see much of the Bible’s teachings as inaccurate. We just can’t be sure that the Bible accounts are what really happened.” Or this popular view: “The Bible is culturally obsolete… It’s social teachings so socially repressive… it just can’t be the complete authority that Christians think it is.”

Christians claim that the Bible is the inerrant, infallible, written record of the Almighty Creator of all things – that it is the holy standard for all truth and practice, graciously given to us by our Creator.

But detractors see it as nothing of the sort. Even one of the founding fathers, Thomas Paine, had doubts about the validity of the Bible: “It would be more consistent that we call the Bible the work of a demon than the word of God.”

Modern thinkers, such as Sam Harris, share Paine’s view of the Bible: “As a source of objective morality the Bible is one of the worst books we have.”

Modern critics see the Bible as nothing more than another ancient book – literarily valuable as all ancient books may be… but nothing special. Nothing that should cause a modern person to value its words and opinions more than any other book or person.

And now, especially since we have made such major leaps forward in the arena of scientific discovery… the Bible has become a (feeble) source of opposition to all that science is telling us. In many people’s minds, it has quickly become a one-sided battle… the facts of science vs. the fables of the Bible. Why give the Bible a second thought? In short, for most people… the Bible just isn’t relevant anymore. 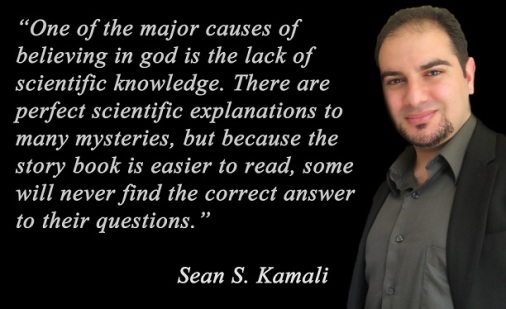 So when people, like me, come along and talk about the need for the Bible as THE source of truth and morality – it tends to fall on (mostly) deaf ears.

But for those of you who may still be asking the question: “Should I really trust the Bible?” I just want to take the time to offer some things to think about. As a student of the Bible for many years, I am convinced there really is no other book like it… and what is more… it is just as valid today as when its first words were penned so long ago.

This week, I hope to help you to see that the Holy Bible IS wholly true.

I have spent years studying the Scriptures and seeking for God's answer to the question: What IS true Christianity? Let me share some answers with you...
View all posts by theheartseeker →
This entry was posted in Belief, Daily devotional, Faith, God's Word, Uncategorized and tagged Holy Bible Wholly True, The Bible. Bookmark the permalink.