Everybody knows that the origin of all life on earth came from a primordial prebiotic soup millions of years ago. At least, that’s what we were taught in school. Evolution has been recounting this story for decades now – and it makes sense… after all, life had to have some sort of beginning, so why not a grand beginning where all living things emerged from some primeval soup. 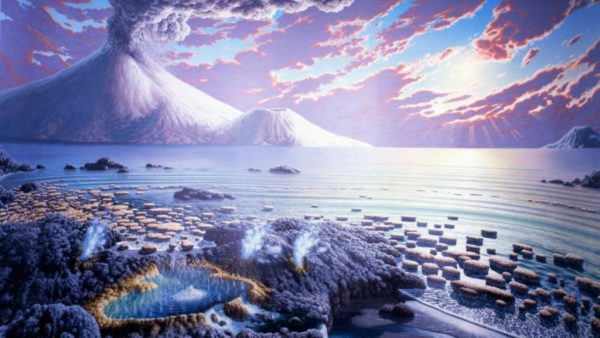 The first mention of this idea, where all life emerged from non-living chemicals, was proposed by none other than Charles Darwin himself in 1871. He speculated that life originated when “a protein compound was chemically formed… in some warm little pond, with all sorts of ammonia and phosphoric salts, light, heat, electricity, etc. present.” 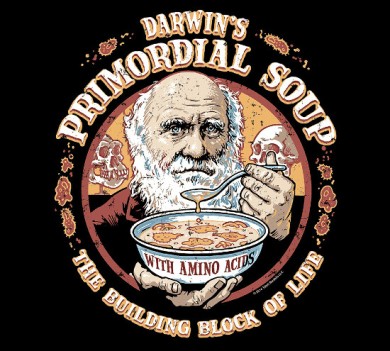 This primordial soup was presumed to be the build-up of all the organic compounds needed to form living cells – if given just the right conditions, these compounds were assembled into larger molecules, proteins, and nucleic acids. Eventually, over millions of years, these complex molecular systems evolved into the first simple cell. Life came from non-life… and the rest is history.

Most evolutionary theories concerning the origin of life presuppose this prebiotic chemical ocean (or something similar).

The question is… what does science have to say about this primordial soup? What is the evidence to confirm it actually existed? 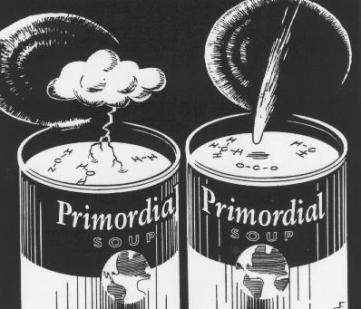 What scientists have discovered is not only surprising… it is shocking! Studies of the earliest sediments have revealed only minuscule amounts of nitrogen present. Why is this significant? Because, if there were some ancient primordial soup, it would have been loaded with nitrogen (because the necessary amino acids are nitrogenous).

Geoscientist Jim Brooks writes: “From this, we can be reasonably certain that there never was any substantial amount of ‘primitive soup’ on Earth when pre-Cambrian sediments were formed.”

Biochemist Michael Denton offered a stronger summation: “Considering the way the prebiotic soup is referred to in so many discussions of the origin of life as an already established reality, it comes as something of a shock to realize that there is absolutely no positive evidence for its existence.”

Think about that for a moment. The very basis for how most evolutionary thinking tells us that life began… has virtually NO evidence to support its existence.

This is important because, in order for evolution to be true, it had to have its beginnings as non-living chemicals that somehow came alive. Obviously, life began. But the science reveals that it did not come from some chemical stew present in the earliest days of the Earth. 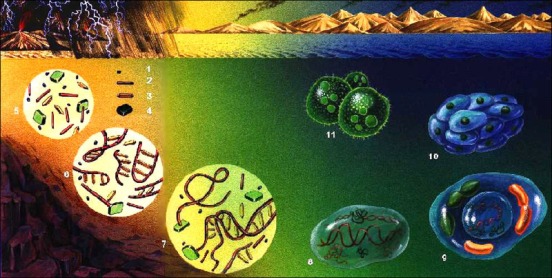 Yet, for many, to this day… it is still treated as a fact of science. It is one of those things that “everybody knows,” that is accepted, largely without question.

But if there was no evidence for the existence of this primordial soup, why is it still being taught as fact? If it didn’t exist, then life must have happened some other way.

I have spent years studying the Scriptures and seeking for God's answer to the question: What IS true Christianity? Let me share some answers with you...
View all posts by theheartseeker →
This entry was posted in Creation, Daily devotional, Intelligent Design vs. Evolution, Science, Uncategorized and tagged Origins of Life, Primordial Soup?, Science Says.... Bookmark the permalink.

Life and Times Through the Lens of Bible Prophecy