A Moment in Life

Posted on March 9, 2018 by theheartseeker

I want to apologize in advance for today’s post – it’s not really a devotional… or a meditation… or even a thought… It’s just a moment in my life… that I wanted to share. Maybe you can find some value in it…

As we were finishing up dinner tonight, my eldest son drove into the driveway. Since he moved out on his own a few months ago – this is a very rare occurrence. He lives in another town, now… so any trip to the folk’s place is not exactly “on the way” to anywhere he would be going. 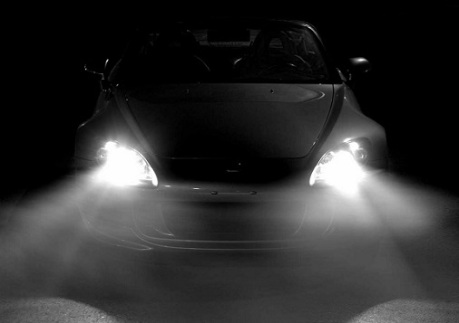 So we were both surprised and delighted that he would just pop in for a visit (funny, how you cherish these moments once the kids leave “the nest”).

But before I let you in on the news, let me set the stage…

My son knew a guy who knew a guy that afforded him the opportunity to work at a famous sporting apparel store. He entered in on the ground floor… part-time… limited hours. But working nonetheless. My son is the sociable sort, with a good head on his shoulders and some definite leadership skills. That’s not just my biased opinion… his employer saw the same things and began moving him “up the ladder.” More hours… more responsibility… more pay (yea!). Eventually, after only a few months of work, he applied for (and received) a full-time position.

Then came the big step… manager training, to assist the overworked managers during the holiday season. Now fully versed in almost every aspect of the store, my son set his sights on seeking a manager’s position (something they were obviously training him to do!). Within weeks, an opportunity at management came open and he quickly applied for the position.

He was in good graces with his current managers (who leaned upon him pretty heavily in the daily operations of the store) and he was well-liked by those who would be interviewing him for the position.

We all just knew that his rise in the company elevator was about to reach his next stop… the position he had really wanted. It was just a formality.

But… it didn’t happen.

My son was told he didn’t have what it takes for what they needed him to be… and they hired someone from another store.

These are the moments that really test you to the core. My son was devastated.

As parents, you hurt with your child – no matter how old they are. We tried our best to comfort him, counsel him… but mostly just to remind him that we love him, and would be here to support him whatever he faced in life.

I am always reminded that, in life, hardly anything ever works out the way you think it should… and most of the time, that is a good thing!

My son has praying parents… and praying grandparents – and you never underestimate the power of prayer.

God always has something in Mind, whenever the course of our lives hits a roadblock. That something is almost always… better!

That brings us back to my son’s surprise visit. He just had to share the news that another company had heard about him, had a management opening, called him in for an interview… and hired him on the spot! For better pay, and better benefits than his old store was offering. Interesting how things just seem to work out when prayer is in the mix!

One last thing… as any parent knows, we just want our children to grow up and become the best they can be. We just want others to see them like we see them – like we have raised them to be. We want them to be recognized as decent, hard-working people who are honest, and trustworthy, and unafraid to shoulder responsibility.

When other people see those things in your kids, you just can’t help but feel like maybe, just maybe, you had a small portion in who they have come to be.

We have always believed that God gives us children for a reason – and that reason is often a reflection of how He feels about us.

In the end, I just want my son to know that his parents rejoice at this moment in his life… His moment… is our moment, as well.

And, my son, we are very proud of you!

I have spent years studying the Scriptures and seeking for God's answer to the question: What IS true Christianity? Let me share some answers with you...
View all posts by theheartseeker →
This entry was posted in Prayer, Purpose in Life, Relationships, Sonship/Adoption, Uncategorized and tagged God's Working in our Lives. Bookmark the permalink.