Posted on January 17, 2018 by theheartseeker

“When Jesus saw that they were ready to force Him to be their king, He slipped away into the hills by Himself.” (John 6:15)

This struck me as a little bit strange.

Not that the crowds of people wanted to make Jesus their king. After all, they had just witnessed 5000 people being fed from five barley loaves and two measly fish. Jesus’ “free lunch” program was pretty amazing.

But it wasn’t just that. It was the fact that His “healthcare benefit” was crazy good. Sickness? See ya. Disease? Buh-bye. Death? Not with Jesus around!

In fact, Jesus was the perfect king. Sensitive in heart. Wise in word. Powerful in deed. A man, not just full of talk, but a real man of action… AND a man truly FOR the people – Who did good things for everyone around Him.

Who wouldn’t want THAT kind of king, ruling over their lives?

No, the strange part was the fact that Jesus wanted no part of that deal. The very Person Who came to be the King of our hearts was uninterested in being the king over the people. Didn’t He want to be the King of our lives? What better way to lead us into the fullness of what God has for us than to be our earthly ruler? It seems like He had the perfect opportunity to bring the Kingdom of God to this earth by becoming our earthly king – why wouldn’t He want to take that earthly throne? Jesus wants to be our King… but He doesn’t want to be our king? What gives? 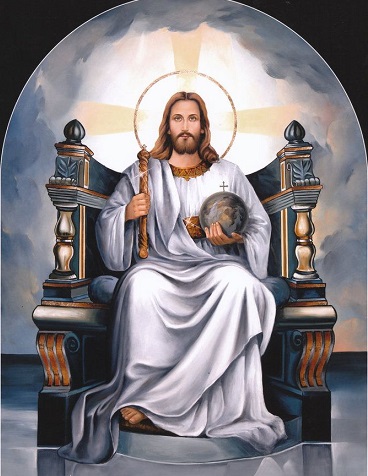 Jesus’ primary purpose was (first!) to be the means of eternal redemption for all the people. He could not be an earthly king and still be the “Lamb of God who takes away the sin of the world.”

Sure, Jesus could have accepted the role of the earthly ruler – and the world would have been a better place for it… but the world would still have been lost. Unredeemed. Outside of God’s will and purposes. Dead to God and alive to sin.

King Jesus could have changed the political climate… but would have done nothing to change the hearts of men. Changed hearts can only come because an innocent, suffering servant went to a cruel cross and took the sins of the whole world with Him. His death became the only means to life. But without His death, our dead spirits could never come alive.

Jesus could have become our earthly king. He would have won the battle, but lost the war. All His benefits would have never entered human hearts. They would have all remained in Jesus alone – outside of us. Beyond us… always.

Jesus had (infinitely) better things in Mind. His Kingdom would not be “of this world.” (John 18:36) He came to bring a Kingdom of an entirely different kind. 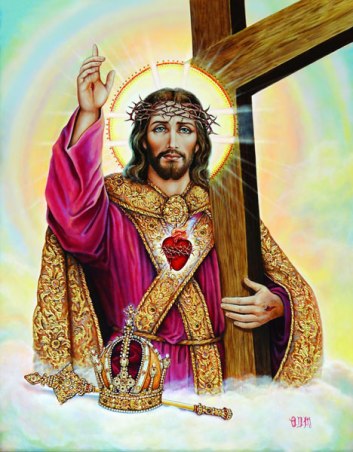 I have spent years studying the Scriptures and seeking for God's answer to the question: What IS true Christianity? Let me share some answers with you...
View all posts by theheartseeker →
This entry was posted in Daily devotional, Redeemer, Uncategorized and tagged King Jesus, Redeemer King. Bookmark the permalink.