Posted on December 18, 2017 by theheartseeker 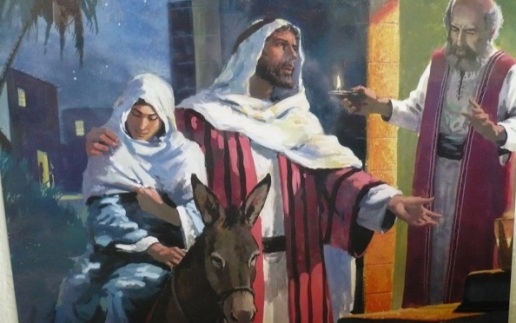 In the Christmas story, the Innkeeper is seen as a bit of a bad guy. I’m quite certain that he never intended to be the bad guy. His hands were tied. His place was full. As much as he may have liked to help out that poor couple who just rode into town (especially since that girl was big pregnant!) he just couldn’t. He didn’t mean to be cruel or unsympathetic or impersonal… it was just business.

It was a busy time. Everybody was in town for the big census that the Romans were taking. Everybody’s inn was full… for miles around. People were everywhere. Too many people. Too many demands. Too many things to do. And all these people were wonderful for the money bag, but bad for the nerves… and his were frazzled.

That may have been why he was so abrupt with that poor couple from Nazareth. He didn’t really have the time for their story, or their hardship, or their pressing need. Babies are born all the time… even in times like this when everybody is needing and demanding something. Why should their need outweigh the needs of his other guests… who had already paid him for the night? He didn’t have any problem telling them that either. Maybe it was the nerves talking. Maybe it was just that he didn’t have the time (or the inclination) to care about the needs of two more needy people who had just wandered into town. No room meant NO room. No exceptions – even for the “expecting.” They would just have to find somewhere else to go… anywhere but here!

So “(Mary) gave birth to her firstborn son and wrapped Him in swaddling cloths and laid Him in a manger, because there was no place for them in the inn.” (Luke 2:7) 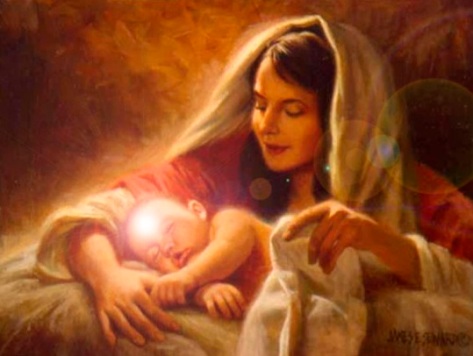 I wonder if that innkeeper had known who he was turning away (and Who it was that was being born outside his inn) would he have given up his own bed for the Savior of the world? Think of it… just a few paces away from his closed door, the most important Person to ever walk this earth, came into this world. And the innkeeper had no room (or time!) for him. He was so occupied with his occupation that he missed the opportunity of a lifetime… to see (maybe, hold?!) the Savior of the world. To have the Redeemer of all humanity be born under his roof. To have a small part in welcoming God’s Own Son to this planet.

What do we learn from the innkeeper?

The innkeeper’s role could have been different. His role, in the story, could have been more heroic, rather than apathetic. But he is representative of so many people in this world who are so wrapped up in all their busyness that they miss out on the most important business of all…

Welcoming the Redeemer in, through the door of our hearts.

I have spent years studying the Scriptures and seeking for God's answer to the question: What IS true Christianity? Let me share some answers with you...
View all posts by theheartseeker →
This entry was posted in Christmas, Daily devotional, Life-lessons and tagged Finding Christmas, Lessons from the Christmas Story. Bookmark the permalink.