All Worked Up… Cursed!

Posted on November 8, 2017 by theheartseeker

Yesterday we talked about the value of work – and how work is a positive thing in our lives. Work has its foundations in the very actions of God Himself. He is a worker. He does good work. And He has given work as a blessing to our lives.

But some (many?) do not see it that way. For those folks, the prevailing thought is that work is a curse upon mankind. It is something that takes from us, rather than gives. So today, I thought we would look at where that thought originated…

We draw our attention to a long time ago in a Garden far, far away…

You know the story (Genesis 3)… God made Adam and Eve, set them in the Garden of Eden to live and to work – and to have unbroken fellowship with Him. (How amazing it must have been to just carry on actual conversation with the Living God). But this ideal scenario did not last. A clever serpent came, deceived Eve, and motivated her to do the one thing she was not allowed to do. With one bite of the forbidden fruit, Adam and Eve undid everything God had done for them. With one act of sin, the course of humanity was changed forever. In one moment of willful rebellion, sin became our natural mode of operation. 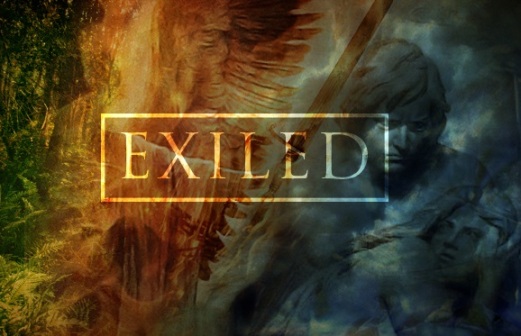 Of course, there were consequences for that sin – punishments all around (Gen. 3:14-19)! The details all boil down to one major thing… hardship!

For Eve, it would be hardship in child-bearing (I’ve seen all my five children come into this world and I gotta tell you… “hardship” is an understatement!).

For Adam, it was hardship in providing food for his family. We read: “Cursed is the ground because of you; through painful toil, you will eat food from it all the days of your life. It will produce thorns and thistles for you, and …By the sweat of your brow you will eat your food until you return to the ground…” (from Gen. 3:17-19)

Adam would sow good seed in the ground, only to find that weeds (thorns and thistles) would pop up everywhere… to rob the good plants of their nutrients and vitality. Adam would have to work hard to produce what was needed – and all that extra hard work would take its toll on him, physically. Emotionally. Psychologically.

It would be the hard work that would beat him down. Wear him out. Take the vitality out of his life – and living. Steal his joy.

The curse came at him from the ground up – and made his life a constant conflict.

That conflict continues to this day. We all have to overcome our obstacles by hard work. Nature (and life!) fights against us, wears on us, makes us weary and worn.

It’s easy to see how work could be seen as the curse of mankind. But it is not. As it is with all things in this world… everything is only a remnant or shadow of what it was designed to be. It is sin that opened the door to ever-present hardship – a door that will not be closed until a new heaven and new earth replace it (2 Peter 3:13; Revelation 21:1).

Creation itself longs for that day (see Romans 8:20-22). We ourselves “groan” for that day (8:23). But until that day comes, we have work to do – work that garners the blessing of The One Who gave us the gift of work… and the grace to sustain us.